Interview With Captain Doug Chamberlain Author of Bury Him: A Memoir of the Viet Nam War 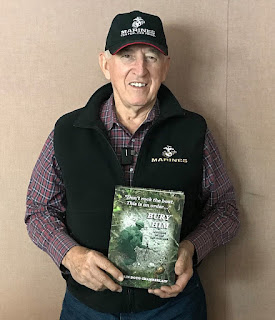 Did you ever dream of writing when you were younger or was deciding to write Bury Him a surprise? It's been a very long time since this war ended. What made now the perfect time to share this story?


I do not remember any inclination to write as an author during my childhood, and in my pursuit of my undergraduate and graduate degrees, it was a necessity. The motivation to write “Bury Him” was an attempt to deal with the nearly 45 years of haunting memories of my experience in Viet Nam as a United States Marine Corps Infantry Officer Company Commander. The “trigger” for my final motivation was very surprising, especially since it was created by a comment made to me by a former student. That comment initiated my search for validation of my memories of what happened during the War.

How did you approach the writing process? Did you start with your own memories? Did you reach out to others for their remembrances to fill in the blanks or to add more content? Did you have to do any research? If so what?

I began to write describing my memories of the most significant things I experienced as a military leader of approximately 200 young Marines in combat. Two of the most difficult things I dealt with were the chronological sequence of events and the details as I remembered them. My over-all goal I set for myself was to be able to verify my memory with at least one other person before I included it factually. One problem I had was having the time available to write for any length of time because I was employed for 60 – 70 hours per week in a vocation that left me physically exhausted most of the time. Locating members of my Company who were still alive was very difficult and limited. In late 2017, after two and one-half years of effort, I had reached the point that I did not think I could go any further. I was prepared to place my writings up to that point “on the shelf” permanently. Almost by accident, I was introduced to a Forensic Investigator who had enormous experience in military research. After he reviewed my materials, he offered his services to me “pro bono”. With his invaluable assistance, my book became a reality almost two years later.


I was young, but do remember knowing older teens drafted as well as talking to Viet Nam vets in my 20's. Most didn't like to share at all other than how hard it was to come home and not receive the same respect given vets. Was that your experience as well? Why do you think Americans responded that way and what effect did it have on those returning as they tried to integrate back into civilian life?


The disrespect was more trying than no respect. It was a case where Americans were able to see the reality of war on television in close proximity and almost in real time. The “permissiveness” of our society was such that many of our generation did not feel an obligation to serve our Country in any capacity, and especially by the use of conscription by the United States government. Loopholes existed in the draft laws that offered the more privileged of our society to avoid military service. The drug culture was emerging. The American news media played a huge role in the anti-war movement that eventually undermined the war effort, as well as the demonization of anyone who dared serve our Country in the military. The ridicule and abuse was so significant that most Viet Nam Veterans simply “hid out” and avoided anything that might reveal they had served our Country there.

How did the writing process work for you? Did you write at a specific time every day, when inspiration struck or ?????

My biggest problem was finding the time when I could reasonably, both physically and mentally, attempt to put anything in writing that was coherent and meaningful. I did not have an audience. I was just trying to make some psychological sense out of an event on March 25th, 1968 that had nearly, and possibly completely, destroyed the lives of the Marines under my command…as well as my own. Inspiration, “when I had time to write”, was very difficult. However, after being injured in a hazmat accident that required two surgeries in 2017, the resulting temporary disabilities gave me time to be able to write, which I had not had before. 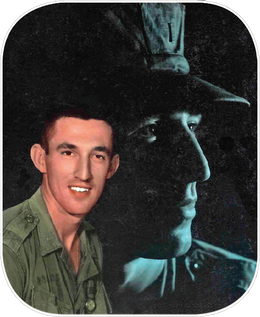 What came easiest for you? What about the process was hardest? I assume the writing about this time stirred up a lot of emotions along with the memories. What did you do to help yourself walk away from them when finished for the day?

Nothing about the writing was easy, but the motivation I felt was my commitment to faithfully support my men under my command. The most difficult thing was to honestly bare the facts of my life in a way that could be read and understood by my men, my family and the readership of the “general public”. I was never able to “walk away” at the end of the day. I had lived the memories every day for over 45 years, and writing did not change that.

This is the first time I've really been given more than a vague picture of what it was like to be there, so thank you. How has your sharing such an intimate account of what it was like been received by other vets? By family and friends? What do you most hope the reader takes away from reading it?

The response from Veterans, in general to this point, has been very positive, except for one that I know of. Most of my immediate family who would have cared are deceased. Responses from other members of my family and extended family have ranged from very supportive to dismissive and non-interest. I am now aware of how little I was understood by others and how I was not aware of what negative things my psychological and emotional actions caused through all of those years. I hope this book will serve as a “beacon of hope” for families who are dealing with the life-long effects of PTSD, and inspire those who serve in the military to “never leave anyone behind”.

Any tips or advice for others who would like to write a memoir of their own?

Be totally honest, and be prepared for the consequences of your written words.

Where will you go from here as a writer? Will Bury Me be a stand alone book or do you see yourself writing other titles? Anything in the works?

I am still trying to completely understand the “literal hell” the past 52 years of my life has been. I think I need the time to evaluate whether an issue that has been so consuming to me, and the revealing of it to others, is of any value. That final determination will allow me to consider the possibility of any further writing for publication.