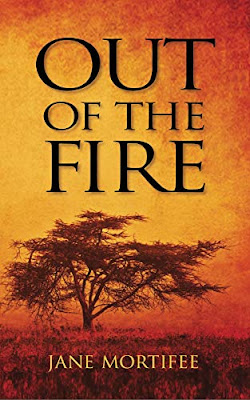 Jane Mortifee tells the story of a quest for forgiveness and healing from the ravages of vengeance, bitterness and hate.

On the riverbank near an African village, a violent act sets into motion fates that intertwine and continue to bring anguish and torment through to the next generation. How can reconciliation and forgiveness ever bring healing when grief, revenge and destiny continue to play out their purpose?When a devastating fire rips through the village, lives are lost and survivors are changed forever. After the fire, a young woman, Ntombi, and young man, Hlwelo, embark on very different journeys. One wanders terrified and alone in the deep wilderness, plagued by demons and nightmares. The other travels through sorrow and self-doubt into a new life as a powerful Sangoma, a medicine healer. After many years, both the Sangoma and the tormented soul must overcome their greatest personal challenges to find resolution and peace.With attention to detail, the author evokes everyday life in the village and reveals how pain and loss can be transformed through the power of tribal earth and mystical spirit connections.

An absolutely incredible book! I highly recommend it to everyone to read, especially those who have been hurt by immense pain and are going on a healing journey. There is ancient wisdom in these pages. Jane Mortifee weaves a beautiful story, illuminating how trauma can be passed from one generation to the next, and tells the story of how the main character is able to heal not only herself, but also her community. I especially think this story is important for women who are dealing with the pain and trauma of rape or sexual assault, and how it affects and ripples out to every aspect of life. There is hope for healing and to find your true life’s path after trauma.

Thank you Jane Mortifee. 5 stars.
This book made me so sad at times but also filled me with a lot of hope.
We are all human, we are all Africans. Ubuntu. 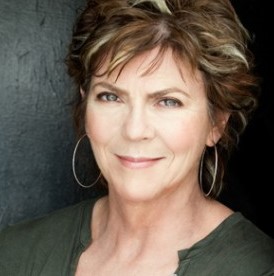 Jane Mortifee has been active as a singer and an actor in theatre, film, television and the studios doing voice-overs, jingles, and animated series. Nominated for an Actra Award, three Jessie Awards, a Westcoast Music Award, a Woman of Distinction Award, she has been inducted into the B.C. Entertainment Hall of Fame on November 11, 2002. She has also performed in many solo concerts, as well as in various club bands over the years and has recorded three albums: Conversations, Give Me Something Real, and Get Ready.

Jane’s focus now is leading yoga at various Creative Writing or Soul Collage retreats in Guatemala, Puerto Rico, New Zealand, Italy, Scotland and Mexico. She is currently working on her second novel and her next album
Connect with the Author - Website ~ Facebook
= = = =
Ava Vanderstarren, Guest Blogger 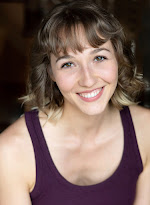 Ava Vanderstarren is an actress, model and humanitarian activist. She is one of the founders and a director of the charity "Innocence Lost Foundation", which aims to build rehabilitation centres for former child soldiers and communities that have been affected by war. She is currently working on their first project for Sierra Leone, West Africa. Ava is an advocate for women's rights and a public speaker.
www.avavanderstarren.com/