"Weekend Pass packs a lot into fewer than two hundred pages... It covers important, difficult themes in a compassionate, humanist way. It was an absolute pleasure to rad." - Recommended, TheBookBag.co.uk

Who can forgive a mother who poisons her eight-year-old son? Even if it was an accident. Tasha thought she had everything under control – her family life, her career as a nurse – until her son got into her stash of painkillers. Now, during her first weekend home from drug treatment, she must come to grips with the damage she’s done and somehow pick up the pieces. Told from the points of view of four different family members, Weekend Pass is a story about the lies we tell ourselves and the people we love. And it’s about struggling to rise above the mistakes that threaten to define us.

This was an interesting book to read.  It is a snapshot of literally one weekend in Tasha's life - a weekend where she steps out of rehab for the first time since her son was poisoned. The guilt is enormous as it was entirely her fault.  She did not keep him safe from the drugs she was abusing.  Since the time frame of the story is so very short, the focus is instead on four characters who are connected to this tragedy - their emotions, their interactions, their thoughts.
As someone who reads a lot, it took a bit to adjust my expectations. I am used to following a long story arc through many chapters. Here instead, I was asked to embrace a tale told by having me experience the emotion filled interactions and thoughts of each of the characters. It was an interesting way to tell a story. Be ready - there is a lot of darkness and sorrow here, as well as a lot of regret and anguish.
Can Tasha beat her addiction? Can she forgive herself? Can there be a positive outcome?  Well you'll just have to read Weekend Pass to find out.
Buy the Book -  Available Now for Pre-Order! Release Date Jan 19, 2021
Amazon ~ Apple ~ B&N ~ Kobo ~ Angus & Robertson ~ Add to Goodreads 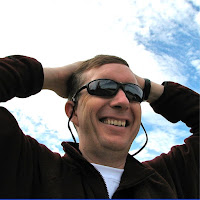 Cavanagh is a Canadian author whose debut novel, After Helen, won the Lit Idol competition at the London Book Fair in the UK and was published to rave reviews in the United States, Canada, and the British Isles. He’s been compared to Pulitzer Prize winner Anne Tyler for his ability to be at turns funny and moving while exploring the paradoxes of modern family relationships. He lives in London, Ontario (not be be confused with that other London). Weekend Pass is his third novel.