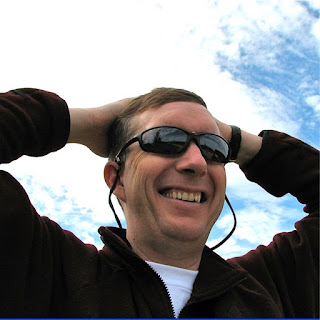 Can you share a bit about your journey to becoming a writer/published author?  Any interests or early signs as a child that hinted you would later put pen to paper?
I’ve been writing stories since I was a kid, and over the years I took a number of creative writing courses. Then, back in the 90s, I decided to enroll in the Humber School for Writers’ one-week workshop. My instructor for the week was Paul Quarrington, who’s probably best known for his 1989 novel, Whale Music, which won the Governor General’s Award and was later made into a movie. Each day he’d teach our class about a different aspect of storytelling. One day, he taught us about the hero’s journey, which is the narrative structure all stories follow. That was a light-bulb moment for me. Until then, I’d never heard anyone clearly articulate what a writer needed to accomplish in the beginning, middle, and end of any long-form story like a novel.

Because Paul mentioned that screenwriters were big on narrative structure, I went on to take a couple of screenwriting workshops with a fabulous story editor named Maureen McKeon who worked in TV. I learned a huge amount from Maureen that I was able to use in my fiction writing.

Fast forward to 2004, the year of my big break. While driving to work one day, I heard a radio report about a competition that the London Book Fair in the UK was running for wannabe writers. They called it Lit Idol, and it was loosely based on Pop Idol, the British TV show that later gave birth to American Idol and Canadian Idol. Long story short: 1500 unpublished authors from around the world entered, and I won. My prize was representation from a literary agent. The competition got huge international media coverage, which led to HarperCollinsCanada quickly purchasing the rights to my debut novel (which, by the way, I hadn’t finished writing yet).
Weekend Pass is an unusual story - more character driven instead of plot driven. Where did the inspiration for this story come from? For the damaged characters it portrays?
Weekend Pass is about Tasha, a nurse trying to pick up the pieces of her life during her first weekend home from drug treatment after she accidentally poisons her eight-year-old son. More broadly, it’s about struggling to rise above the mistakes that threaten to define us.

Dysfunctional families are a favourite topic of mine. I’m not sure why exactly. I wouldn’t consider my family history particularly fraught. Maybe it comes from my background as an occupational therapist, seeing families under stress as they try to cope with health crises. I also had a family caregiving blog for four years.

Although Weekend Pass is very much Tasha’s story, I wanted to show how addiction impacts entire families, which is why it’s told from four different points of view. Jill Murphy from The Bookbag in the UK said something in her review of the novel that I thought was very apt: “Nobody comes out of this book as any kind of shining light, but its strength is that it shows us that nobody is really the villain either.”

Something else she said in her review that I really liked was “Can we atone for the worst of our mistakes? Of course we can. Can we regain the trust others have lost in us? Sometimes yes and sometimes no. But there is always honour and humanity in the effort.”
What is the process to visualize a story that is more centered around characters than following a plot line?   How does your work as an advisor and health writer on long-term senior care help your story and/or character development?
I still pay a lot of attention to the plot or structure of the story. But I make sure that the structure serves the characters rather than the other way around.

In the case of Weekend Pass, I was struggling to figure out how to tell Tasha’s story. I mean, addiction recovery is a long road with plenty of failures and setbacks along the way, and there’s no guaranteed happy ending. I was having a hard time giving the story a shape that kept the dramatic tension building.

And then I thought, “Why don’t I just focus on Tasha’s first weekend home from drug treatment?” In other words, focus on the very beginning of her recovery and her struggle to forgive herself for what happened to her eight-year-old son. You might think that putting that kind of constraint on myself might make writing the story harder. But the reverse was true. It gave the story more focus. And it helped me define the arc each character was going through.

And then, as I was writing the manuscript, I made sure that any scenes the characters were playing rang true. Each scene needed to reveal something about them. Their fears, their regrets, their motivations.
How does the writing process work for you? Do you schedule a time every day, work madly when inspiration hits or ?
I don’t wait for inspiration to hit. If I did, I would never have finished writing one book, let alone three.

That said, I don’t follow any particular schedule. There are practical reasons for that. I’ll try to spend time each week working as a fiction writer. Some weeks it’s more, some weeks it’s less. (The rest of the time I’m a freelance health writer.) But my work as a fiction author isn’t just writing. It includes a lot of other business, including promoting my work. You might be surprised how many hours a week I’m spending on promoting Weekend Pass. Launching a book is a lot of work. I mean A LOT. So, while I’m focused on that, work on my fourth novel will have to wait.
As an author - what do you enjoy most about the writing process? What feels like a chore?
What most intrigues me is the part of the writing process that happens when I’m not at a computer or a notepad. There’s a lot of problem solving involved in writing a novel. I go in with a plan, but very often I’ll discover that the plan isn’t working, and I’ll spend a lot of time thinking about how I can fix it. I can spend weeks thinking about it without making a lot of progress, which can be frustrating. It’s at that point that I need to give myself permission to let it go, take a break for maybe a month or so. Sometimes it’s when I stop working on the problem that a fresh insight will occur to me. Or maybe I’ll see something – an article, a TV show, a play – that will help me do a mental reboot.
What are your favourite ways to walk away from it all, just relax and turn it all off? If you enjoy reading, what kind of books are your guilty pleasure?
You know, it’s interesting. I’ve heard a lot people with very different experiences during the pandemic. Some writers have had a hard time concentrating, while others have gotten very productive. This has been a very busy year for me – launching a new novel, running my freelance writing business, starting up an online course – and so I haven’t been getting away from it much. I’ve been working a lot of 6 and 7 day weeks since June.

But I always try to take the evenings off. I find myself watching TV a lot of the time. There’s a lot of high-quality storytelling going on right now on TV. And of course there’s reading. I haven’t been getting out of my home as much as I’d like, but I’m sure a lot of other people could say the same thing.
Do you have any new books in the planning or writing stage?
I’ve already mentioned my fourth novel – still in its early stages and on pause while I launch Weekend Pass.

I have another fiction project, though; one you can read right now. Every month, I do this thing called Famous Book Titles With One Letter Missing. I take a title like Moby Dick and change it into Mob Dick: “A private detective is blackmailed into working for a crime boss in 1949 Los Angeles.” I also post a monthly piece of Twitter Fiction, a complete story that’s no longer than 140 characters. Anyone can go to my website, notthatlondon.com to see more samples or sign up for the monthly posts. It’s a lot of fun, especially for people who enjoy word play and quirky storytelling.
Connect with the author: website ~ twitter ~ facebook ~ instagram ~ goodreads