The Power of Habit: Why We Do What We Do in Life & Businessby Charles Duhigg 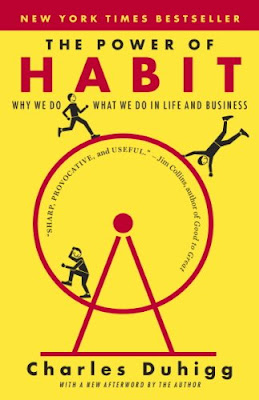 "We are what we repeatedly do," said Aristotle. "Excellence, then, is not an act, but a habit."
Synopsis -
Groundbreaking new research shows that by grabbing hold of the three-step "loop" all habits form in our brains--cue, routine, reward--we can change them, giving us the power to take control over our lives. On the most basic level, a habit is a simple neurological loop: there is a cue (my mouth feels gross), a routine (hello, Crest), and a reward (ahhh, minty fresh). Understanding this loop is the key to exercising regularly or becoming more productive at work or tapping into reserves of creativity. Marketers, too, are learning how to exploit these loops to boost sales; CEOs and coaches are using them to change how employees work and athletes compete. As this book shows, tweaking even one habit, as long as it's the right one, can have staggering effects.

In The Power of Habit, award-winning New York Times business reporter Charles Duhigg takes readers inside labs where brain scans record habits as they flourish and die; classrooms in which students learn to boost their willpower; and boardrooms where executives dream up products that tug on our deepest habitual urges. Full of compelling narratives that will appeal to fans of Michael Lewis, Jonah Lehrer, and Chip and Dan Heath, The Power of Habit contains an exhilarating argument: our most basic actions are not the product of well-considered decision making, but of habits we often do not realize exist. By harnessing this new science, we can transform our lives.
Review -
I want to first say I listened to this book on Audio and it was superbly done. The narrator did an excellent job and made all the information shared come alive.
This is not the kind of book I am normally drawn to. I didn't really look at who the author or his credentials.  I find often there is little meat in this type of offering.  Someone with lots of ideas shares their thoughts, usually ideas that worked for them. BUT there isn't research behind what they offer to back it up. Not so here. The Power of Habit offers the history of scientific studies into habits - what they are, where they originate in the brain, and how they work in our lives in both positive and negative ways.
I was worried it would get too analytical for me, but it didn't. The examples they gave were told in story fashion through the eyes of the people involved - a window into the past through real life examples of both people and real companies. It was utterly fascinating. While I am not a football fan, the story of a coach using habits to help his losing team reach the super bowl was a fav. I also loved the story of Febreeze.  Why?  No spoiler alerts here.  You'll just have to read (or listen) to the book to find out.
In the end I found inspiration on how to deal with issues I want to change, as the book opened my eyes to a different way to look at creating new habits other that sheer will power and constant hard work.  Research suggests the easiest way to change a habit is to use the habits we already have as a basis to creating new ones. WOW. And while the biggest take-away offered is the three part loop - Cue/habit/reward - the book also discusses other factors such as belief that can have a huge impact on successful change.
Buy the Book - Amazon.ca ~ Amazon.com
Meet the Author - 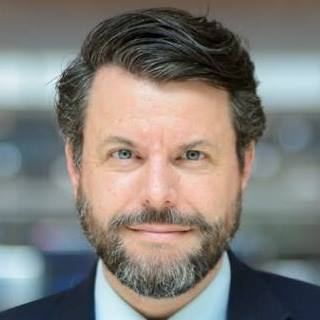 My name is Charles Duhigg, and I'm a reporter for The New York Times. I'm also the author of The Power of Habit, about the science of habit formation, as well as Smarter Faster Better: The Secrets of Productivity in Life and Business (which is available for sale on Amazon on March 8, 2016!)

I've worked at the Times since 2006. In 2013, I was part of a team that won the Pulitzer Prize for a series about Apple named "The iEconomy". Before that, I contributed to NYT series about the 2008 financial crisis, how companies take advantage of the elderly and national violations of the Safe Drinking Water Act. (For those series, I won the National Journalism Award, the Investigative Reporters and Editors' Medal, the National Academies' reporting award and other recognitions.)

I’m also a native of New Mexico. I studied history at Yale and received an MBA from Harvard Business School. I now live in Brooklyn with my wife and two children and, before becoming a journalist, was a bike messenger in San Francisco for one terrifying day.
Website ~ Facebook ~ Twitter
book bookreview books changinghabits charlesduhigg habits nonfiction research selfimprovement socialhabits thepowerofhabit