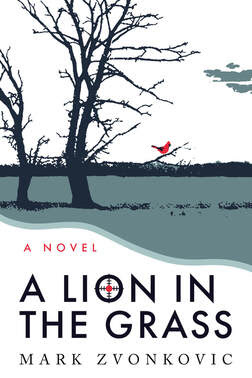 Set over the course of six decades, A Lion in the Grass documents the despair and hope of a spy who suffers the murder of friends and enjoys the success of mentoring protégés.

​The story is told through alternative viewpoints of Raymond, his protégés, and the French villain. The novel digs deeply into questions of love, self-doubt and hatred, all foisted upon Raymond during a career from which, he discovers, it is impossible to retire.
​
Review -

I picked up this book honestly not sure what to expect. A leap of faith - and I'm glad I did.  A Lion in the Grass isn't your average spy/undercover tale. Instead of a single plot, it follows the main character - Raymond - from his teens, through his career in covert ops, and on into retirement as well. We also follow several other characters - people who he valued.
While the thread that bonds this life long tale together was intriguing, what I was most drawn to as a writer myself were the characters. Every person was clearly fleshed out, bringing them alive for me.  I could see them in my mind as they moved through the events that drove them. They became very real and their actions felt true to what I was told about them. I also suspect there was a tremendous amount of historical research done to portray the past organizations and events in a way that meant you felt you were there.
My only "huh" moment was the ending where a mysterious character was thrown in to make a surprise action, and then disappears. No more is said about them. I can surmise from what I read in a previous chapter who it might be, but this person's place in the story was left ambiguous.  Perhaps it is meant to hint at a future story line.
Buy the Book:  Amazon ~ Barnes & Noble ~ Indiebound ~ Bookshop ~ BookBub ~ add to goodreads
Meet the Author -
Fab author interview HERE! 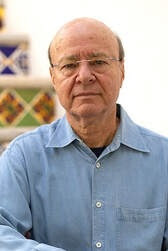 Mark Zvonkovic is a writer who lives in Rosarito Beach, Baja California Mexico with his wife Nancy and their two dogs. Finn and Cooper. He has written three novels, and he also writes book reviews and essays that appear in online publications. Before retiring to Mexico, Mark practiced law for thirty-five years at three multinational law firms in Houston, Texas and New York City. He attended college at Southern Methodist University and Boston University, and his law degree is from SMU School of Law. Mark grew up as an oil company brat and lived in Latin America, Texas and New York.
Note - Author photo by Rebecca Westerveld