Interview With Elle Brookes, Author of The Fabergé Entanglement 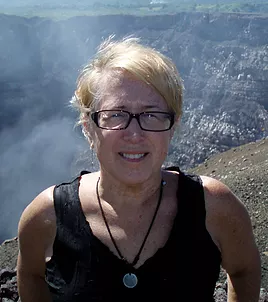 Can you share a bit about your journey to becoming a writer/published author? Was this always your dream?

I learned to read at a very early age. I consumed books shelf by shelf at my school library. Then I started on the public library. There was a point where the ten book limit became an issue, and the Librarian, bless her, waived the rule for me. I started to write my own stories to amuse myself. In college I worked on short stories and took every writing course I could find. I discovered the satisfaction there is in writing, and the power in self-expression. Once I unshackled myself from the idea that what I wrote had to be literature, I was off! I was even able to write a couple of papers as fictional stories. My professors weren’t sure they should accept this form, but thankfully they thought they might as well give it a try, and they were happily entertained by the results. For a while I wrote spec (speculation) scripts for television (I lived in LA, that’s what people do there!) Then, I thought I’d try long form. I haven’t looked back. I love the room long form gives me to build characters and situations and emotions.

It wasn’t until Indie Publishing appeared that I considered the possibility of publishing my own books. Even then, I was rather cautious and waited a long time to see what would happen. Then, I did research and found resources online to help me with the process. I have to admit that receiving the paperback proof copy of my first book was exciting. It arrived just in time for a presentation I was making at the International Festival of Books. This event is held every year in San Jose, Costa Rica. (I live in Costa Rica) Things went well. I presented my book in Spanish to a group of non-English speaking or reading attendees. The book is not available in Spanish. It was highly ironic to say the least. We all had a good laugh over it.

I noticed this is your first collaboratively written book. How did this come about?  How does the writing and editing process work when two distinct authors are involved?

You’ve done some background checks on me! I’m not going to be coy about the reality. The book is not actually written by two authors. My “partner” Lesley Meryn is a character in my first two books “Lust. Mechanics. Mini Cooper.” and “Sex. Coffee. Time Travel.” She is an adventure-suspense-romance author who writes the Saber and Steele books. There are several references to them in the first two books. I started wondering what her Saber and Steele books would be like, so I decided to write one. It was a challenge, but an enjoyable one. It was only fitting that I put her name on the cover.

So, in reply to your writing and editing process question; things went rather smoothly.

Where did the inspiration for the storyline in The Fabergé Entanglement come from? For the characters who make the story come alive?

I’ve been fascinated with Fabergé Eggs for a very long time, so I thought that it might be a good place to start. Then I figured a kidnapping would up the stakes, and the story evolved. I’m a great fan of the Modesty Blaise series of books by Peter O’Donnell. There is some influence there, but for the most part, they kind of took control of their own characters. Steele took over for himself, and I just followed, but there’s quite a bit of influence from Adam Hall’s Quiller. I wanted Saber to be independent, and not spoiled or reliant on her father’s wealth and influence. She is not a woman easily biddable. By her father, her frequent employer Hennessey, or anyone else. She has her own money and pays her own way. 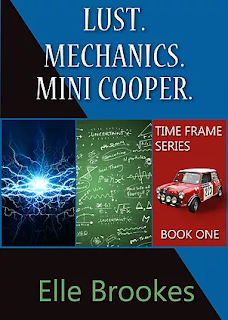 This book took place in many locations and involved the use of cutting edge technology here and there.  What kind of research was necessary to bring a sense of reality to the locations, the characters and the technology included?

I have personally been to the locations that are described in the book. I have even been to the Noto Peninsula in Japan, a location mentioned by the character Saber in the book. Having had the experience of being in a place opens up new perspectives in how a location is seen and sensed. In the book the locations are characters in their own way. Especially in the case of Las Vegas! I try to stay true to the technology. The SonicStar is real. It isn’t ready for a rollout just yet.

I do a lot of research on the Internet, and I have access to publications that are not classified, but are not widely available to the public. I also have sources that decline to be mentioned in the Acknowledgements section.

How do you approach writing - schedule time, when inspiration strikes or ?????

I really have no set schedule or structure that I follow. Where I live things can be very unpredictable. Just this week we were caught in Tropical Storm Nate. I write when the sparks hit me, and it can go on for a long time. Last week I was on a trans-Pacific flight from Japan. The lights were dim so passengers could sleep. I had my tablet out, dimmed as well, and wrote for hours while others dozed. I also spent a bit of time in my hotel room in Tokyo writing. I always carry a notebook in my bag and will scribble notes on anything that’s available, like cocktail napkins, or paper bags. I even use the Reminder App on my iPhone to make notes.

What type of books do you love to read?  Do you have a favourite title or author?

I’m fairly omnivorous when it comes to reading. I deeply admire the Quiller novels of Adam Hall aka Elleston Trevor. His work is a great inspiration for me. When I was younger I enjoyed Robert Heinlein when I was going through my adolescent Science Fiction phase. Lately, in that genre I read Robert Charles Wilson, Octavia Butler, Sara King and Hannu Rajaniemi. I enjoy Tim Powers, and Taylor Stevens’ Vanessa Michael Munroe series. I savor Nordic Noir. As I mentioned above Peter O’Donnell and his Modesty Blaise books are inspiration for Saber and Steele, even though Modesty and Willie Garvin have a very different relationship than my characters. The last book I read that blew me away was “Shantaram” by Gregory David Roberts. It’s an absolutely gigantic, gorgeous adventure story.

What's next for you as a writer? Do you have any titles either in the planning or writing stages?

I’ve been putting together notes and plotting out a new Saber and Steele book. I am very fond of the characters, and want to explore them further. They are so different; yet compliment each other so well. Right now I have them appearing in Havana, Cuba, Tangiers, Morocco and Japan. The story concerns a very new, cutting edge military technology that is very real and very dangerous.IO
author author interview elle brookes fiction interview ireadbook tours Literature People romance suspense The Fabergé Entanglement thriller