Interview with Michelle Cox, Author of A CHILD LOST (A Henrietta and Inspector Howard Novel #5) 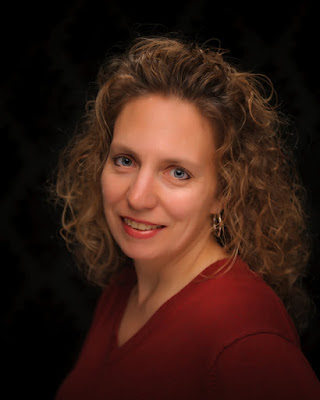 Please share about your journey to becoming a published author. Is it something you dreamed about from childhood?

I always loved books and reading and used to write little fan fiction stories of Louisa May Alcott’s books, but I never saw myself as a writer. I did toy with the idea for a little while but ultimately decided to pursue medicine, as it seemed the less scary of the two. Ha.

I had an epiphany, though, half-way through college and decided that, though I found science and math interesting, my true passion actually lay in Victorian literature. I managed to miraculously graduate on time, even after switching my major to English lit, but I never really did anything with it. I worked at a graphic arts firm in customer service and in social service in a nursing home until I got married and started having kids and decided that I wanted to be a stay-at-home mom.

Fast forward about sixteen years. It was then that my oldest child was diagnosed with ADHD and the middle child was also discovered to have a slight learning disability. I sort of panicked and quit all of the volunteer positions and committees I had somehow become a part of over the years in order to try to get my kids back on track. It turns out that this was a bit of an overreaction, however, and I soon found myself with a glut of time on my hands. The choice, as I saw it, was to either go back to all of my old volunteer positions, join new ones (very tempting!), or to perhaps write the novel I always wanted to write. The novel won.

So I spent the next year writing and editing a giant tome of a book, a coming-of-age story set in Chicago in the 1940’s and based on the true story of a person I had met while working in the nursing home. I was really proud of the fact that I had actually finished it and even more delighted when I passed it out to friends and family who claimed to really like it. “So are you going to try to publish it?” they asked. Honestly, I hadn’t really thought that far. The original challenge was to see if I could actually sit in a chair long enough to write a whole book. As far as I was concerned, I had achieved the goal.

The question of publishing continued to niggle me, however, so I decided that maybe I should at least explore the concept. I did some research and eventually found that I needed an agent, which required a query letter, which I dutifully set about writing. Two hundred rejections later (literally), I concluded that I was doing something wrong. Again I did some research and decided that I should go to a writing conference to try to find answers. I chose the Writers’ Digest conference and set off on a plane for New York, a bright and shiny naïve newbie. It’s an understatement to say how surprised I was by the general negative miasma that seemed to radiate from the heart of the publishing industry, and I began to realize just how slim my chances really were.

Luckily, however, I did attend a couple of sessions that talked about a new, third way of publishing called the hybrid model. The hybrid model exists somewhere between traditional and self-publishing with many of the pros, and some of the cons, of both. One press that was mentioned a lot at the conference was She Writes Press, based in Berkeley, California.

Once I got home, I researched them and decided to submit my gargantuan novel to them. Imagine my surprise when they said that they would accept it—but not at its current size. I tried to argue—pointing to such books as Outlander or the Goldfinch, but they were adamant. Not wanting to break the novel up, which is what they were suggesting, I asked if I could submit a different novel I was almost finished with. That new novel was A Girl Like You, the start of the Henrietta and Inspector Howard series. Happily they took it, and I haven’t looked back since

What was the inspiration for your Henrietta and Inspector Howard series and for the main characters included?

The inspiration for the character of Henrietta was a woman whom I met in the nursing home. She used to follow me around and tell me all about her life in Chicago in the 1930s and ‘40s, saying that once upon a time, she had had “a man-stopping body and a personality to go with it!” She was a true firecracker! She had tons of stories to tell, especially about all of the many jobs she had, all of which I gave to Henrietta in the novel. I of course invented the murder and the inspector, but much of the first book one is based on this woman’s life—the jobs, the family history, the lesbian gang at the Marlowe, and even the character of Stanley, the neighborhood boy who follows Henrietta all around town.

As this series is set in the 1930's, what kind of research was necessary to bring accuracy to your portrayal of the time, the settings, the characters and the interactions?

Well, to tell you the truth, I had done a ton of research on the northwest neighborhoods of Chicago in the 1930’s and ‘40s for my first gargantuan novel, so I used a lot of it for the Henrietta and Inspector Howard series. Many neighborhoods have their own online historical sites, which have a wealth of pictures, newspaper articles, and even first-hand accounts and histories. Also, the online Encyclopedia of Chicago has a ton of information.

But more than that, much of my knowledge of that time comes from listening to so many stories from the residents in the nursing home. What a gift! I often tell writing groups that if anyone is stumped for a story idea, go sit in a nursing home and just listen.

Does it get easier or harder to come up with fresh ideas for a new title with each new book in a series? How do you make sure there is a continuity in the story line not just within a book, but within all the books?

That’s a great question, especially as I didn’t write A Girl Like You thinking it was going to be a series.

Now that I have all of the characters living and breathing and the various subplots in place, it’s not too difficult to continue their story arcs across the series. It’s sort of like watching a miniseries in which not every episode can be about every character. So with each book, I have to decide which characters are going to be featured to best serve the plot.

Books 1-3 are sort of their own little trilogy, the coming together of Henrietta and the Inspector, so when I sat down to write book 4, I wasn’t really sure where to go with it. It was definitely the book that took me the longest to write. What does help is that before I end one book, I pretty much have to have at least a basic idea about where the next one is headed so that I can create the proper cliffhanger ending.

As for keeping continuity across the series – it’s hard! Especially as I didn’t take very good notes at the beginning since I didn’t know it would continue on this long. So, I’m always having to do a “search and find” in the old manuscripts to remember, for example, what kinds of cars Alcott Howard owns or someone’s eye color or hair color or address. I keep telling myself I’m going to go back and make a big chart, but I never have time!

What do you find comes easy to you as an author? What is a challenge?

Creating the story is the easiest part. The challenge is the overwhelming, crushing marketing and PR that is required of all authors these days, even traditionally published ones.

How does the writing process work for you – a scheduled time each day, when inspiration strikes, early morning, late into the wee hours or .......?

I can only write—or edit, for that matter—first thing in the morning when my brain is at its crispest. After that, it’s a downhill slog into marketing and pr. Whatever manuscript I’m working on gets the best part of my brain, and everything else has to make due with what’s left.

What is your favourite way to walk away from being immersed in the writing process? Any hobbies or activities you love to embrace?

Hobby? What’s a hobby? Just kidding. I used to love to garden and bake and read and play board games, but now I really don’t have time. I still have three kids at home, so when I do reluctantly pull myself away from the writing world, it’s usually to take them somewhere, do laundry, cook dinner, that sort of thing—all of the usual mom sorts of things. Occasionally, though, I do make them play a board game with me.

What can readers expect? Is book 6 in this series in the works or perhaps an idea taking you in a new direction?

Well, I’d love for there to be a book 6 of the series, and I do have a sort of outline for it in my head, but recently I’ve taken a break from the series to write two stand-alone novels, again both set in Chicago in the 1930s and both based on stories from the nursing home. I’d like to try to traditionally publish one or both of these to sort of see what that side of the fence looks like. After that, I might return to Clive and Henrietta. I miss them!