Interview with Helen Starbuck, Author of Legacy of Secrets 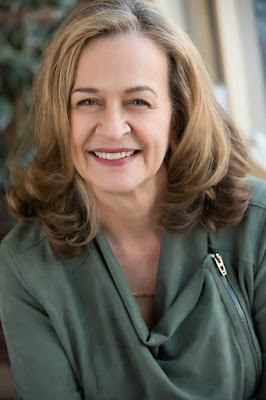 
As a child, I loved being read to and learning how to read. As I got older, I was entranced by the ability of authors to hook me into a story. I began writing as a young teen, primarily because it was a means to script a life more interesting than mine. I was introverted and not a member of the popular crowd.

Writing gave me the ability to create situations in which I was witty, beautiful, talented, and popular and it was a way to work out my frustrations. I wrote stories about boys I was infatuated with and imaginary settings. Over time, I became less introverted and yet still wrote as entertainment and escape from the mundane. In the back of my mind I always wanted to write and publish a book.

Where did you find the inspiration for Legacy of Secrets? For the main characters that carry the story? Are any based on people you know or yourself?

The idea for Legacy of Secrets originated at a writer’s workshop, where we were asked to choose a picture that spoke to us and write for fifteen minutes. I found a picture of an old farmhouse sitting in a field of overgrown grass and wrote a story about the people who’d lived there. I eventually turned it into the book Legacy of Secrets.

I’m a native Coloradan and the eastern plains of Colorado are very familiar to me. I wanted the characters’ story to begin and end there as a backdrop to the struggle they are both having trying to deal with John Earnshaw’s apparent suicide. It fascinates me how families can know so little about each other and then, when a member has died, have to really dig to discover who that person was. I peripherally experienced a suicide some years ago and wanted to explore how that affects those left behind.

I drew on family photos of my grandparents and family stories to describe Kate Earnshaw’s grandparents. My grandparents were much nicer people than Kate’s grandfather, but their photos inspired me. All of my female main characters are versions of me in some way. Although my father did not commit suicide, I know how difficult it is to lose a father. That helped me flesh out Kate’s character.

I usually write at least a little each day. I enjoy the process and the time spent writing. Having said that, I can go several days without writing if I feel stuck. And when inspiration strikes, I can be at it all day. I don’t schedule a specific time every day, that doesn’t work for me, and forcing myself to do that makes writing feel like a chore rather than a joy

What kind of research did you need to do on the city and rural settings where the story takes place, the social lives these characters lived, legal land rights, etc., to bring a sense of realism and accuracy to the story line?

As a native Coloradan, I am familiar with the eastern plains where the story is set. I have lived in Denver, where Kate Earnshaw lives, and I am very familiar with that setting as well. The town of Ardwell is my creation and doesn’t exist, but it is based on several small towns with which I am familiar. My grandparents and great grandparents were also from that area. Family stories, people I know, and photos helped me flesh out the settings.
Years ago I was an art major in college and I’m familiar with that environment. I made Evan an artist because it made him both interesting and somewhat of an anomaly in the town, and it tied him to Kate. It also added to her conflicted feelings about him. Being able to paint was one more ‘thing’ he had shared with her father that she couldn’t.

In researching the book, I spoke to an engineer who works in the oil and gas industry. Fracking is a huge issue in Colorado, especially in the rural areas. Leasing property to oil companies is a way some people use to supplement an income that can be very precarious at times. I have a friend who grew up in an area similar to that of the story and her feedback about ranch life and animal husbandry was invaluable. Farming and ranching is a difficult life in many respects and also very rewarding.

I love when the ideas are flowing and characters are ‘talking’ to me and becoming real. The ability to write is a gift, and I am very grateful for it. What feels like a chore, is proofing. I am not good at that—my brain fills in blanks and makes corrections too easily and I miss errors. I rely on several people to proof my writing at various stages, and I hire a proofer before the manuscript is sent for layout.

Any advice for writers hoping to become published authors?

Write what you love, what makes you happy, what you would be excited to read. Read as much as you can to learn what works and what doesn’t. Take every opportunity to learn about writing, we are never finished learning. Most importantly, don’t think you can do it alone. It takes many people to help an author get published.

What's next? Do you have any new books in the planning or writing stage?


I have a new book coming out in late fall titled, Finding Alex. My books are all set in Colorado and this one is set in Denver. It’s romantic suspense. A woman assaulted, left for dead, and amnesic is the only surviving victim of a killer. The homicide detective in the story must try to identify her, which proves nearly impossible, to solve the crime. I think readers will enjoy it.