Legacy of Secrets by Helen Starbuck 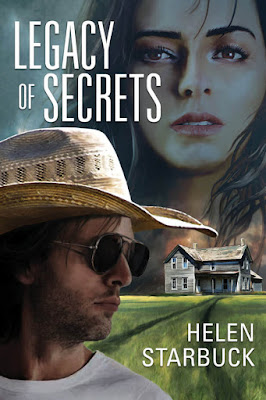 Other families pass down their stories, Kate Earnshaw’s family’s secrets disappear from one generation to the next.
Synopsis -

Kate Earnshaw's father's suicide has left many unanswered questions. In handling his estate she wonders if she ever really knew him. He never explained why he let his childhood home in Eastern Colorado fall into ruin or why he'd kept the property a secret. And he never told Kate about his close friendship with Evan Hastings, the handsome and somewhat puzzling man who lives on the property near the abandoned house. Evan seems to have as many secrets as her father and knows more about him than Kate did. But there’s something about Evan that calls her back to her father’s home. Something that threatens to unearth more than the past. Legacy of Secrets explores family secrets, a daughter's grief and her search for answers, and a chance for love.

Legacy of Secrets really has 2 plots running side by side. The first is that of Kate's confusion at discovering her father dead of suicide. She didn't see it coming. It didn't feel right. The second plot evolves around the push and pull of Kate and Evan (a close friend of her father who she had never heard of), as they struggle with whether they can embrace the pull they feel towards each other, or if the tragedy that brought them together will ultimately create an insurmountable barrier.

As we follow the story, the majority of it happens in the small town of Ardwell, Colorado, where Kate's father grew up. It was a tragic, abusive childhood on a farm.  Her father inherited the land and was letting it fall into ruin.  On his death Kate inherited this property which she didn't even know about, along with the home he lived in. A city girl working in an art gallery, she had to decide whether to sell the land and followed the recommendation that she should look at it first.  And it was on this visit that she met the handsome neighbor, Evan.

They both struggle with the idea that the man they knew as father or friend could have killed himself. And for Kate in particular, it was hard to discover they each seemed to know a different side of her father. There was a whole side of him she had no idea existed and she found herself jealous that he shared that side with Evan.  Then there was the secret locked box discovered in his home hidden under the floorboards, as well as the intriguing package Evan received in the mail. Each raised questions that begged to be answered.

A relaxing and enjoyable read that will help you escape from your day. It offers intrigue, mystery, tragedy and love. 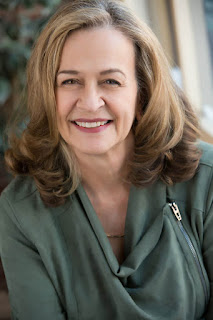 Helen Starbuck is a Colorado native, former OR nurse, and award-winning author of the standalone romantic suspense novel Legacy of Secrets, and the Annie Collins Mystery Series. She loves mysteries, suspense, romance, and any book that is well written. She’s a huge fan of books with independent, strong, women characters and, as Neil Gaiman says, “…stories where women save themselves.”